The 2016 election is finally upon us and instead of taking to social media to voice concerns about the issues of their communities and our nation, groups of artists from diverse regions and backgrounds joined forces to create a conceptual Rube Goldberg machine that connected America as part of the project, Common Ground. The end result is a five minute video filled with chain reactions, over 10,000 dominos, cinematic explosions, and a live gospel choir. Every group represented in Common Ground shed light on issues that are passionate to them through art, all while problem solving with other participants hundreds of miles away to ensure this massive kinetic art installation worked as planned.

“At its core Common Ground is about bringing people from different parts of the country together to celebrate some great American ideas and ideals, as well as address contemporary regional issues,” said Common Ground’s Project Organizer, Jason Naumoff of New Creatures. “We felt it was important to unify people under the spirit of creative problem-solving to create a colorful, artful commentary at a time when everything feels so polarized.”

The Rube Goldberg itself contained seven different installations across five U.S. cities with every group deconstructing a theme that was uniquely important to them. Among the issues brought to life through art were water conservation, the importance of our national parks, the idea of building bridges (not walls) between societies, the lack of female representation in the STEM community, and the roles of individuals in democracy. The hot button issue of police brutality in the African-American Community was also brought to the forefront, and was depicted through deconstructed renditions of one of America’s most patriotic songs by the Bay Area’s Pamela Bluford-Smith & Friends Choir under the direction of artist, Reggie D. White.

“When I heard about the project I was excited to use my artistic voice to say something about the use of excessive police force,” shared Reggie D. White. “It’s my hope that this project creates a ripple effect and helps people realize that this is something that all Americans have to broaden their awareness of and address as an American issue.”

The massive Rube Goldberg was put together in just 48 hours with nearly 100 volunteers. The ambitious concept of Common Ground was conceived and produced by New Creatures, participatory design company. It is a non-branded, non-commercial project designed to demonstrate what is possible when people around the country come together to solve problems. The full video and more background on the project can be seen at www.CommonGroundAmerica.com.

An annual 48 hour weekend long event celebrating connectivity and creativity, held online and in real life from October 14-16. Each year a topic is assigned for participants, who include ingenious makers, artists, and builders to explore. Over 48 hours they re-imagine the topic by creating something completely new with resources at their disposal. This year the topic is Deconstruct: America, which led to the ambitious project entitled Common Ground. The event is open to anyone, anywhere, at all skill levels, using any creative medium to participate.

ABOUT NEW CREATURES
New Creatures creates events and live experiences that amaze and inspire. The company is somewhere between an experimental event think tank and an event production company. The team at New Creatures dream up ideas and experiences, then bring them to life in the real world.  Some projects are funded or commissioned by brands, while others are independent. Each New Creatures project is different, and they like it that way. To contact or learn more about the company and its latest initiatives visit www.newcreatures.com

If you have questions about experiential marketing contact BeCore Experiential Today! Monkey Light Pros make a wave in the US Ketel One Projects Heritage Through Art onto Windmill 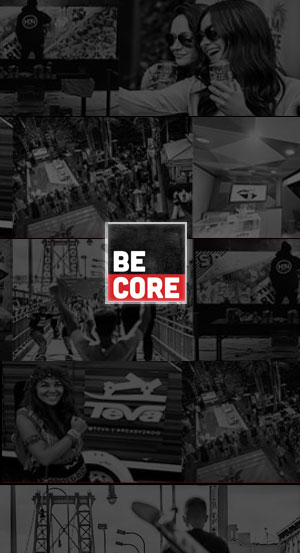